Download iCloud Bypass Click on the file to extract it and install Checkra1n (from macOS Catalina, you must deactivate SIP and GateKeeper on your Mac to install applications outside the Mac App Store). Apple A8 Through A13 devices – Unc0ver 4.3.1 iOS 13.3 Jailbreak Hexxa plus iOS 13.4 Beta Repo Extractor iOS 13.3-13.3.1 All Updates. Bypass icloud tool for mac free download - iCloud Remover Tool, icloud Bypass Free, SysTools Mac iCloud Backup, and many more programs.

You are immediately needing to delete Apple iD without password, one of the most commonly used methods currently is iCloud activation lock removal jailbreak. This procedure is possible thanks to a software called CheckRa1n which is installed from a computer running Mac, Windows And Linux (Ubuntu), its results can be applied on iPhone, iPad, iPod Touch and in virtually all updates of iOS 14, 13.6, 12, and other outdated versions.

If you want to learn how to use this tool and also to download it for free to install it on your Pc, we have a very complete guide that will serve you in your mission of bypass iCloud activation lock on iPhone X, or another iDevice with iOS.

This is a very important question, but at the same time very relative, for many to use a software for iCloud Activation Lock Removal Jailbreak is not a good idea, because in doing so you would be losing any warranty you have of the device. But if you are a user who found an iPhone or bought a second-hand one and does not have the password of the Apple id to unlock it, if jealbreaking is recommended.

The first thing you need to know before applying jailbreak iphone to remove activation lock, is to know that it is Jailbreak and what are its advantages?

jailbreak is a process performed by software that usually runs from a computer, this aims to remove those locks that locks that a device may have, for example on iPhone and iPad jailbreak unlocks the closed iOS system.

Initially if you wanted iCloud Activation Lock Removal Jailbreak the group of developers iPhone Dev Team, the same as in 2007 they released JailbreakMe, they created one of the first prototypes of software to unlock the first iPhone and iPod models. Later they highlighted jailbreaks for iPhone 4, 5 and 6 for their popularity. However, as of the release of iOS 10, interest in jailbreak software fell great, since, from this release, the system software had some problems, adding also the improvements that iOS updates had. However, thanks to programs like Checkm8 and its successor CheckRa1n, the jailbroken has taken hold and is available for iCloud bypassed.

In addition to bypassing activation lock has other advantages such as:

For iPhone activation lock bypass jailbreak through checkrain it is very important that you define from which computer you will use the tool, this is very important especially in the installation, because it is not the same to install the program on MacOS, as on a Windows or Linux pc.

Let’s tell you about each of the basic steps you need to perform for activation lock jailbreak. The procedure was done from an iPhone X, but the process is the same for all iOS devices.

As you know the first thing you have to do to perform Jailbreak on iOS, is to download the tool, and you can do it completely free through dedicated hosting server web. You have to specify under which operating system the computer works where you want to install the program. If you have a MacOS you don’t need to show yourself a tutorial, but if what you have is Windows, then we’ll show you what to do.

jailbreak with Windows and Linux

One of the most famous and used operating systems in the world is Windows. If you have a Pc with Windows 7, 8 or 10 Home, you can install the software for iPhone activation lock bypass jailbreak. In the following video you can take note of the one you should do:

This is a much faster and safer way to install this program on Windows 10, 8 and 7, or Linux. As you well managed to see no other external installation method was needed, such as Ra1nUsb or BootRa1n.

Sometimes Apple Products users get stuck in iCloud Activation Lock when they forgot accidentally their Apple iCloud ID and locked out their devices, then they urgently required Bypass iCloud Activation Lock. At this time the best and most reliable tool for them is “DoulCi Activator” This is the best “ iCloud Unlocking Tool” and helps the users to get rid of this problem.

But before we go to any further discussion we have to understand about “ DoulCi Activator” here we are going to discuss the most beneficial tool to unlock iCloud Activation Lock.

“DoulCiActivator” is most useful, highly efficient and highly recommended “iCloudUnlockingTool”. “ DoulCi Activator” has been holding the top position since its creation in this race. We are going How to Download DoulCi Activator and use it to Bypass iCloud Activation Lock for Free. Remember Apple does not provide sufficient information to unlock iCloud lock so DoulCi Activator is the only way to exit out from this problem.

First, we will discuss DoulCi Activator.

Doulci Activator is a most beneficial tool which helps you to get rid of iCloud activation lock on your iOS.It will help you to deactivate iCloud Activation lock. 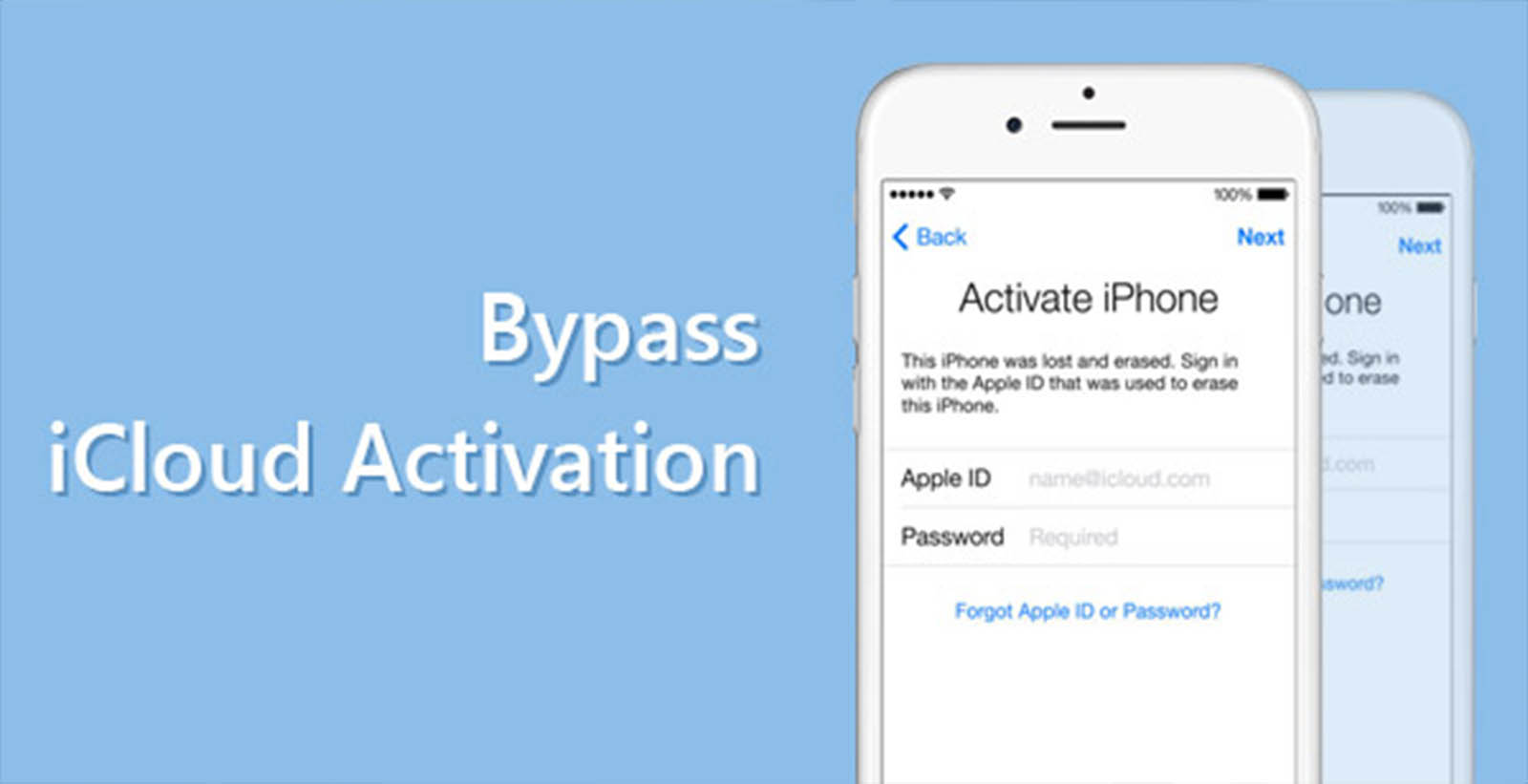 Users can easily deactivate iCloud activation lock by opening and following the instructions of this tool and can run it easily on your device.

It is necessary that your iPhone is communicating with the Apple server. DoulciActivationserver will act as a real Apple server and your device will unlock from the iCloud Activation

Lock with the help of this beneficial tool. But before any further discussion we will clear some important points for users:

The first component is the Doulci Activator Tool which can be available offline. It can be used both on Windows and Mac, which can unlock the iCloud from any iOS device such as iPhone, iPad or iPod. This tool is actually a custom tool which is not a UI tool.

While on the other side, the other component is Doulci Activator Server which communicates with the iPhone and iTunes. It is available Online with pre-registration and server IP which works on the donations of users throughout the world.

The newer and more powerfull version of DoulCi has been released in 2018. It is comparatively more powerful and more efficient than the 2016 version. The newer version works with iOS 11.3 or later. Now users can enjoy the “DoulCiActivator2018Download “ easily.

The user can activate the iCloud locked iPhone or iPad with iTunes during the activation process. Icloud drive download mac. The latest version is the combination of Activator Server (iCloud Unlocking server) and Activator Tool (iCloud unlocking Tool).

Due to its more work efficiency this tool is becoming more famous among the users. One can easily deactivate iCloud Activation lock within 20 minutes with the help of this efficient tool.

We are giving here some activation codes that you can use to efficiently run and deactivate iCloud Activation Lock by using Doulci Activator.

Users can follow these steps to bypass the iCloud Activation lock:

1: when you have download DoulCi Activator then unzip it and Install Doulci Activator Tool and launch it on your device for further procedures.

2: select in your device given instructions. After this, select the iOS version of your device.

3: when you have complete these tasks then, connect your device with the computer with the help of a USB cable.

4: Microsoft office 2011 free download. The status of your device has now changed by the completion of the work.

5: After next few minutes, your device will update the status as “Your iDevice is permanently Unlocked”. Your device should bypass the iCloud activation window at the same time.

When any type of technological ideas with reliability hits the market, the alternatives of that tool start growing in the market on demand.

Doulci Activator has the best reputation throughout the world due to its reliability and efficiencies. The growing reputation causes a lot of Alternatives to DoulCi Activator has been created and now available in the market:

The team asks you for Donations…….Why?

Whenever a user visits” DoulCiActivator” site, it will ask you for Donations. May be for you it will be awkward to you in listening but you have to get knowledge about the truth present behind this donation generation.

The team have to pay to get their server running and updating without any disturbance. It is not affordable for the team to work it out alone , they cannot bear it alone .

This is the reason they ask you for donations to keep running the updates and server so that you can use it efficiently without any disturbance.

The donors have took a great benefit from it. They will get a private invitation to run the Beta version of the upcoming tools.

The donation starts with 25$ only and after donating, you will receive a confirmation mail. It also enlists your name to their permanent members who can use the beta version before it will come in the market for the public.

This all was about this Article. We have discussed all possible ways to fix your problem that your device has been stucked in iCloud Activation Lock.

In this article, we have discussed that you can deactivate iCloud Activation lock by the help of DoulCi Activator because is the most convenient and most reliable tool for your device to unlock. We have to give you all the details that How this tool works.

If you have any queries in your mind then feel free to ask any question about all procedure and further help. We will help you by telling you all the possible ways regarding DoulCi Activator and its work.